MISSED THE EVENT? THE RECORDING WILL BE AVAILABLE SOON.

Following the great success of our first webinar on Defining the Future of Sustainable Finance, we are very pleased to invite you to our next global webinar “Delivering a Greener Future through Better Data” on Wednesday, November 24th, 2021.

Data has long played a key role when it comes to long-term investments, the allocation of funds, and developing new products - and is set to become even more important in the age of ESG and sustainable finance. Banks, asset managers and insurance companies must increasingly commit to a broad range of analyses, reporting, disclosures and publications as they engage with the Task Force on Climate-Related Financial Disclosures (TCFD), the Sustainable Finance Disclosure Regulation (SFDR), or the EU Taxonomy for sustainable finance.

This will require information to be surfaced and aggregated in a more detailed and comprehensive fashion than ever before. Too often, however, the necessary data – whether relating to assets that are traded or financed, to companies within supply chains, or to firms’ own clients – is incomplete, contradictory or even non-existent.

The imperative to source, process and organize high quality data is accordingly growing for companies and financial institutions alike. This shift will only become more important as banks, asset managers and insurance companies seek to ensure their green credentials can be effectively validated and communicated.

To discuss this challenge, we have gathered a panel of global leading industry experts:

The discussion will be led by Capco Partner Dr. Olaf Clemens, and Dr. Harald Glander, Partner at international law firm Simmons & Simmons, and will be followed by an interactive audience Q&A session.

TOPICS FOR THIS DISCUSSION WILL INCLUDE:

The case for data in driving ESG outcomes, both for public commitments and regulatory demands. The role and importance of data from different perspectives - insights from an energy company to banks and long-term investors. How reasonable will regulators be regarding compliance given current realities around data gaps, and how can firms align pragmatically with regulatory targets? How are financial services market participants reacting and what strategies are we seeing for sourcing data? What are the expected long-term outcomes arising from this new data paradigm?

In case of any further questions or remarks, please contact us via email at events_contact@capco.com. 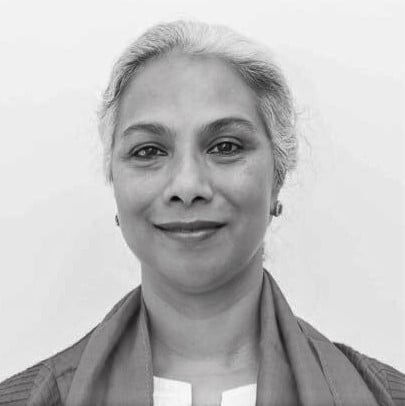 Paul Dickinson (Executive Chair) founded CDP in 2000 with an ambition of creating a global economic system that operates within sustainable environmental boundaries and prevents dangerous climate change. Voted number one climate research provider by investors and working with institutional investors with assets of over US$100 trillion, CDP leverage investor power to motivate companies to disclose and manage their environmental impacts. Paul previously co-founded Rufus Leonard Corporate Design and EyeNetwork, which was the largest videoconference booking service in Europe.

He has served as a member of the Environmental Research Group of the UK Faculty and Institute of Actuaries. Paul has authored various publications including the book Beautiful Corporations published in 2000 by Financial Times Prentice Hall. The book introduced the concept of sustainability product marketing which is growing in significance as a force in contemporary commerce.

Paul is Chair of the Trustees of the NGO ShareAction as well as a Trustee of the Findhorn Foundation in Scotland. He is an advisor to the NGO Influence Map and is a trustee of the grant making Friends Provident Foundation. He is a co-presenter of the leading podcast in the world on climate change: ‘Outrage and Optimism’ with Christiana Figueres and Tom Rivett-Carnac, with over 1.3 million downloads.

Markus Mueller is Global Head of the Chief Investment Office of the Private Bank, Deutsche Bank AG. He is a member of Deutsche Bank’s Group Sustainability Council. Markus began his career at Deutsche Bank in DB Research as executive assistant to the chief economist. During his studies at Muenster University in Germany, he acquired broad international experience with focus on China, later working as an Economist at Allianz Life Insurance in Shanghai.

Markus has held teaching posts in corporate finance and economics, being a visiting scholar at the Frankfurt School of Finance and the University of Bayreuth as well as at the Banking and Finance Academy of the Republic of Uzbekistan in Tashkent. In April 2017 Markus was asked by Germany’s Federal Ministry for the Environment to join the advisory board of the “Carbon Bubble” project, which assessed and evaluated the risks of the transition towards a low-carbon economy for the German financial system.

In January 2019 Markus published his first book under the title „Neo-Ordoliberalismus – Zukunftsmodell für die Soziale Marktwirtschaft“ at Springer-Gabler. His recent book was published in May 2021 under the title “Deutschland und China zwischen Kooperation und Konkurrenz”.

Anita M. George is Executive Vice-President and Deputy Head of CDPQ Global. She fills a key role in developing CDPQ’s activities in its three priority international areas: the United States/Latin America, Europe and Asia Pacific. She actively participates in positioning CDPQ internationally, as well as developing and executing its globalization strategy. In addition to her role managing the international offices, Anita contributes to diversifying the portfolio by taking a holistic view in approaching the various markets and sits on CDPQ’s Investment-Risk Committee.

Anita joined CDPQ in April 2016 as Managing Director, South Asia. She was then appointed as Executive Vice-President, Growth Markets and prior to her current role was Executive Vice-President and Head of Strategic Partnerships, Growth Markets. She has extensive knowledge of several of these markets, in addition to possessing a strong ability to develop and strengthen enduring and quality partnerships.

She has a strong track record in managing infrastructure investment portfolios on a global scale. Prior to joining CDPQ, she was Senior Director of the World Bank’s Energy and Extractive Industries Global Practice. She also held the positions of Director, Infrastructure and Natural Resources of the International Finance Corporation, a member of the World Bank Group, and Head of Siemens Financial Services in India. Her various roles have led her to work in several regions of the world, including Europe, Asia, the Middle East, Africa and Latin America.

Claudia joined Vistra Corp in July of 2001 with multiple years of experience in commodities markets and has held leadership roles in wholesale origination, commodity pricing, risk management, and structuring during her tenure at Vistra Corp.